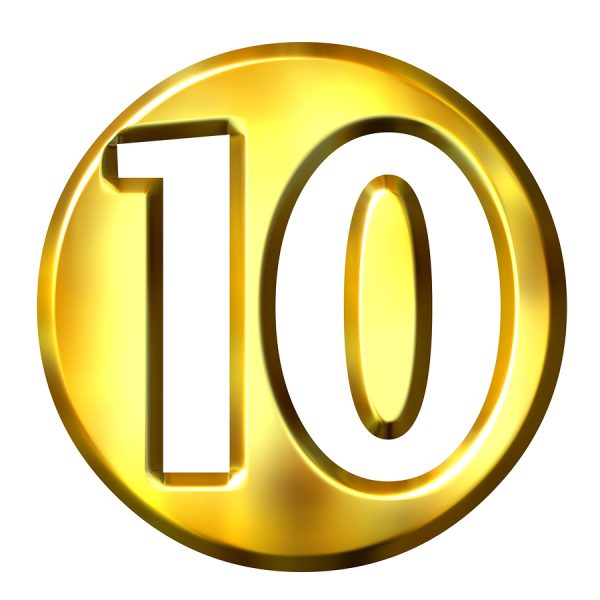 The Japanese love to create lists of different things. There are the Nihon Sankei (Three Scenic Views: Miyajima Island, Amanohashidate and Matsushima), the Nihon Sanmeien (Three great gardens: Korakuen, Korakuen and Kairakuen), the Hyakumeizan (100 great mountains), etc. Most lists contain the largest or greatest. But since Japan is a small country, I thought it might be interesting to explore the small things that Japan has to be proud of. So (with my apologies to David Letterman) here are the 10 small things Japan has to be proud of.

10. The shortest escalator in the world

According to the Guinness Book of World Records, Japan boasts an inordinately short escalator. A five-second ride, the escalator at Okadaya Mores Shopping mall in Kawasaki has a vertical rise of just 83cm (about 5 steps).

Of all the languages of the world, Japanese is one of the cleanest, sporting very few profanities. I can’t discuss the profanities that do exist in this blog, but I can tell you that the word ‘shimatta’ means “sh-t,” “damn,” and other far worse expletives. There is no f-word used by the general populace.

8. The flight of shortest duration

The flight from Kita-Daito Airport to Minami-Daito Airport, between two tiny islands in Okinawa, is the shortest regular flight route, and is offered by Japan Transocean Air (operated by Ryukyu Air Commuter). The distance is a mere 12 km. The flight is scheduled once a day. How long does the flight take? Three minutes.

7. The shortest poem in the world

6. The smallest number of teen births in the industrialized world

Electronics maker Murata Manufacturing Co, is No. 1 in the world in ceramic capacitors, which store electric energy and are inserted into gadgets such as smartphones, digital cameras, laptops, medical equipment and even hybrid cars. Smaller capacitors mean smaller devices and longer battery life. How small is the world’s smallest capacitor? To be exact, 0.25 mm x 0.125 mm, or, about the size of the period at the end of this sentence.

In June and October of every year, over 100 people take part in the Enrei Onodachi Memorial Festival in Okaya, Nagano Prefecture, a festival that lasts a mere five seconds. (You wouldn’t want to arrive late.) Although the festival has been known to take from 20-30 seconds, even so, it is the shortest festival in Japan. What exactly do the participants do during those precious few seconds? They bow, of course. The ceremony commemorates the visits of Emperor Meiji in June 1880 and Emperor Showa in October 1947 to a nearby mountain top. But it’s hard to know if they actually perform the festival or not, since it would take five seconds to cancel it.

2. The smallest doors in the world

Although the Japanese are beginning to increase the height of doorways in houses, lengthen standard futons, and adjust for more legroom in cars to accommodate a population that is growing in height, don’t think small doorways are going to become extinct in Japan any time soon. Nijiriguchi, the doors into traditional Japanese tea houses, are purposefully built to be around 65 cm x 60 cm, requiring guests to crawl into the tea room. The purpose of the tiny entrance is to accentuate the crossing over of a symbolic barrier — from the chaotic outside world into the serene, inside world of the tea room. And if you’re a samurai warrior, you’ll have to take your sword off to fit in.
And (drum roll please), the #1 small thing Japan has to be proud of:

1. One of the lowest murder rates in the world

On a per-capita rate, for every murder committed in Tokyo, there are 400 in New York City. Do I need to say more?
0Shares
PrevNext