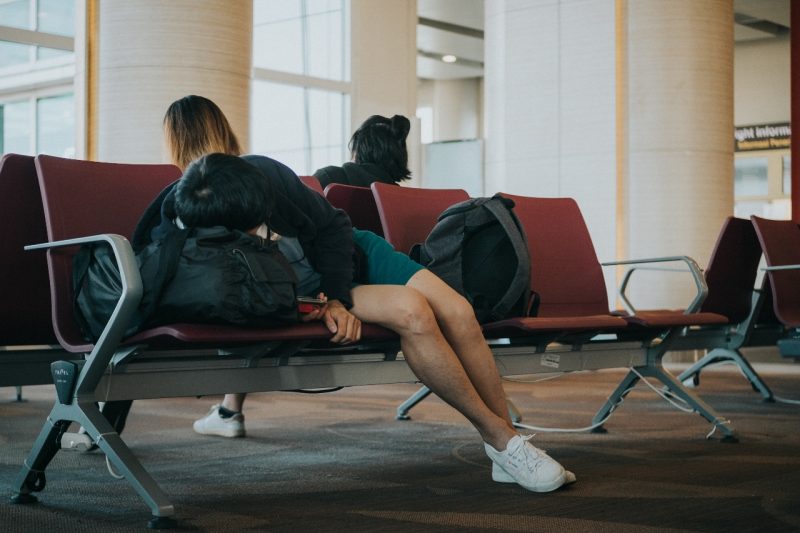 Jet lag is a temporary sleep disorder that impacts the circadian rhythm. All the biological rhythms are controlled by the body’s circadian clock, so if you suffer from this disorder, you will show several biological disruptions.

Here’s a list of the most common symptoms you can experience during jet lag:

Astronauts, who must fly frequently among international space agencies for training purposes, overcome jet lag two to three times faster than other travelers. And so below are steps you can take to minimize jet lag from the fatigue management team at NASA Johnson Space Center in Houston.

The direction you are traveling does make a difference.
Begin by determining whether you are traveling east or west. Most people have an internal body clock that makes it harder for them to travel east. If you’re traveling east and want to adjust to the new time, you will have to advance your body’s clock. This involves waking up earlier and going to bed earlier than you normally would. If you’re traveling west, you’ll have to adjust to the new time by waking up later than usual and going to bed later than usual, delaying your body’s clock.

Exposure to light and when to avoid it.
It takes about a day to shift a single time zone. To do it faster, you must regulate your exposure to light and darkness. Experts say that since light is the primary environmental cue that tells your body’s clock when to sleep and when to wake, controlling jet lag is all about controlling light and darkness.
So, with that in mind, if you are traveling east, you should expose yourself to light early, advancing your body’s clock so that it will be in sync with the new time zone. On the other hand, if traveling west, you should expose yourself to light in the early part of the evening, delaying your body’s clock to be in sync with the new time zone.

Eating right and preparing the hotel room for a good night’s sleep.
Alcohol may help when it comes to falling asleep but it can disrupt later stages of sleep, which would only exacerbate jet lag. Alcohol and caffeine should be avoided before the flight, during the flight and even a few days after. Large or spicy meals should also be avoided in the evening at your destination because the body is not as efficient at metabolizing food at that time.
About an hour or so before bed, keep the lights in your room as dim as possible. Close blinds or curtains and cover any light from a clock, computer, television, even your smartphone, because light can make you more alert and reset your internal clock to the wrong time, making your body think the day has already begun.

There are other small easy things that can help a lot to minimize jet lag like drinking a lot of water to avoid dehydration and moving around while in the plane and after landing.