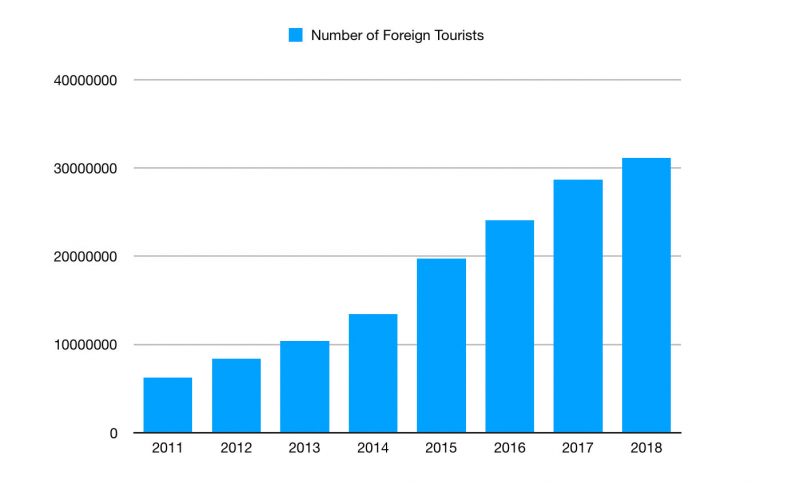 First, the Japanese government made it easier for people from more countries to obtain tourist visas. This opened the door to eastern and southeastern Asian countries, and many more people from these areas have been visiting Japan because of that. Second, cities all over Japan have been making many changes to make Japan more “tourist friendly”. And when it was announced that Tokyo would be hosting the 2020 Olympics, that process has only increased.

At last count, the number of tourists in 2019 was predicted to be greater than 2018. The Japanese government has announced the goal of 40,000,000 foreign tourists in 2020 because of the Olympics.