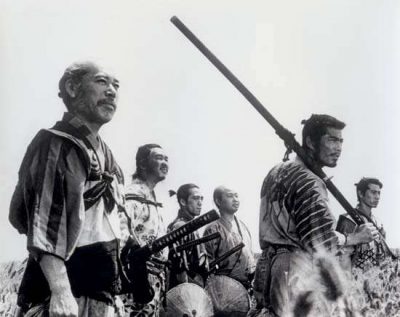 Movies can be another fun and interesting way of learning more about another culture, and this applies to Japanese films as well. Traditional Japanese performing arts, such as Kabuki, Noh and Bunraku are audio visual. There is typically very little plot and character development when compared to western performing arts. The main purpose of these entertainment forms is the strict, stylized movements and the colorful costumes and makeup. Japanese movies are typically the same, at least when it comes to plot and character development.

At times, there are often long periods of conversations during Japanese movies, making the movies somewhat slow at times. A good example of this is last year’s “Shin Godzilla”, the latest and 31st movie in the Godzilla franchise. It was the largest grossing live-action movie of 2016 in Japan. You would think, giving the subject of the movie, it would be a fast-moving and action- packed movie. I have seen the movie, and there are several parts of the movie that are 20 minutes or even longer of discussions on how to handle the problem of Godzilla, making the movie a bit slow at times by western standards. (But then, this is Japanese way for the most part, and indicative of the Japanese culture.)

As you know, Hollywood movies take years to make and have huge, multi-million dollar budgets. In Japan, movies are made in months with much smaller budgets. It is not uncommon in Japan for a director to make 3 to 5 movies in a year. Most movie theaters in Japan are owned by the movie studios. Naturally, they will feature their studio’s movies only. So, they need to produce enough movies to fill the theater over the course of a year, and have enough variety to sell more tickets.

Just as with western movies, there are many different kinds of movies. But there are some genres in Japan that are not found in the west. Here are a few of the more common Japanese film genres. It should be noted that many times a movie could be included in more than one genre.

These are the “sword-fighting” movies, and are really a sub-genre of the Jidai-geki as they normally take place sometime in Japan’s history. These movies are the equivalent of American westerns, with samurai playing the part of American cowboys. Examples – Zatoichi The Blind Swordsman series, Rurouni Kenshin Trilogy, Lone Wolf and Cub Series, Yojimbo

Anime is hand-drawn or computer generated animation. The name is an abbreviation of “animation” in Japanese, and describes all animation in Japan. However, outside of Japan, the name usually is used to refer specifically to animation from Japan. Japanese anime usually features colorful graphics, vibrant characters and fantastical themes. Examples – Spirited Away, My Neighbor Totoro, One Piece, Naruto Shippuden, Fullmetal Alchemist

This popular film genre focuses on the lives and dealings of yakuza, the Japanese organized crime syndicates. During the 1960s, a sub-genre called “Ninkyo eiga” (chivalry films) became popular. These movies portrayed the yakuza as honorable outlaws torn between the contradictory values of duty and personal feelings. This changed in the 1970s when another sub-genre, “Jitsuroku eiga” (actual record films) portrayed yakuza not as honorable heirs to the samurai code, but as ruthless and treacherous street thugs. Examples – Battles Without Honor and Humanity Series, Outrage, Abashiri Prison Series

In its broadest sense, these movies include almost any film that includes nudity or deals with sex. This encompasses everything from dramas to action thrillers and exploitation films. Although, some Japanese film scholars reserve this term for movies produced and distributed by smaller independent studios. These movies became popular in the 1960s, but in the 1970s some of the larger studios such as Toei started creating another sub-genre called pinky violence films, which included violence in addition to the adult content. With their access to higher production values and talent, some of these films went on to become critical and popular successes. Examples – Female Convict 701: Scorpion Series, Female Yakuza Tale Series, Delinquent Girl Boss Series

Unlike the jidai-geki genre of period dramas, whose stories are normally set in the Edo Period, gendaigeki stories are contemporary dramas set in the modern world. Examples – Shall We Dance, Departures, Vengeance is Mine

This genre features monsters, usually attacking major cities and engaging the military and other monsters in battle. The popularity of these films started in 1954 with Godzilla, and continues today.Examples – Godzilla Series, Gamera Series, Mothra Series, Rodan Series