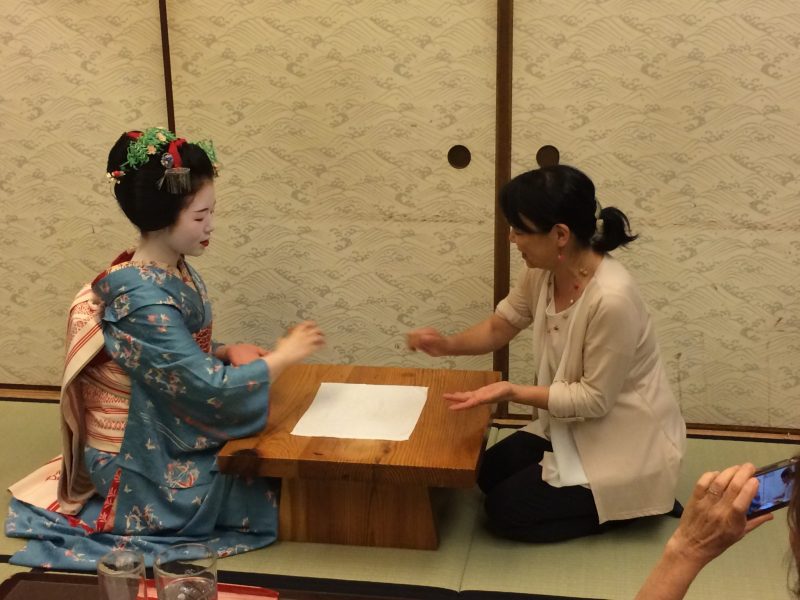 The song being sung is a play on words in Japanese, and doesn’t really have any meaning. Konpira is a famous Shinto shrine on the island of Shikoku dedicated to the protection of boats and sailors. (It is famous because the main shrine hall is at the top of about 800 steps.) Here are the lyrics of the song in Japanese and English. (Each line is first listed in Kanji/Hiiragana/Katakana, then in Hiiragana/Katakana, then in Romaji and then in English.)

This video shows the Maiko losing to one of our clients. Since the Maiko play this almost every day, they are very good at it and seldom lose. She was a very good sport about it though. This was filmed at one of our Sayonara Dinner and Maiko Parties, which is included in many of our itineraries. Check out our website for the details.