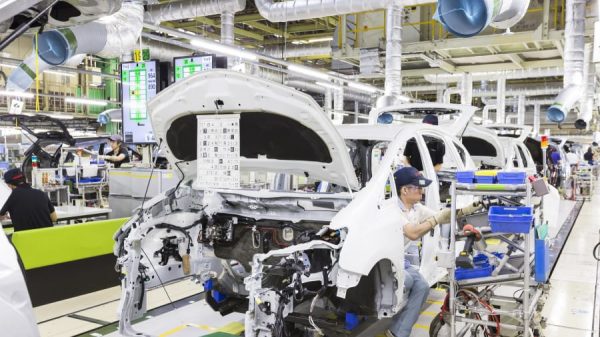 The literal translation of Kaizen (改善) is good change, but the connotation and idea behind Kaizen is continual improvement . In business, kaizen refers to activities that continuously improve all functions and involve all employees from the CEO to the assembly line workers. It also applies to processes, such as purchasing and logistics, that cross organizational boundaries. Toyota has made Kaizen famous, but a number of other Japanese companies adopted this philosophy after World War 2.

By improving standardized programs and processes, kaizen aims to eliminate waste. Kaizen was first practiced in Japanese businesses after the Second World War, influenced in part by American business and quality-management teachers, and most notably as part of The Toyota Way. It has since spread throughout the world and has been applied to environments outside of business and productivity.

There are two kaizen approaches: flow and process kaizen.

The former is oriented towards the flow of materials and information, and is often identified with the reorganization of an entire production area, even a company. The latter means the improvement of individual workstands. Process kaizens are used more often to focus workers on continuous small improvements. In this model, workers mostly look for small ideas which, if possible, can be implemented on the same day.

Kaizen is a daily process, the purpose of which goes beyond simple productivity improvement. It is also a process that, when done correctly, humanizes the workplace, teaches people how to perform experiments on their work using the scientific method and how to learn to spot and eliminate waste in business processes. In all, the process suggests a humanized approach to workers and to increasing productivity. At Toyota, it is usually a local improvement within a workstation or local area and involves a small group in improving their own work environment and productivity. This group is often guided through the kaizen process by a line supervisor. While kaizen (at Toyota) usually delivers small improvements, the culture of continual aligned small improvements and standardization yields large results in terms of overall improvement in productivity.

The Toyota Production System is known for kaizen, where all line personnel are expected to stop their moving production line in case of any abnormality and, along with their supervisor, suggest an improvement to resolve the abnormality which may initiate a kaizen.