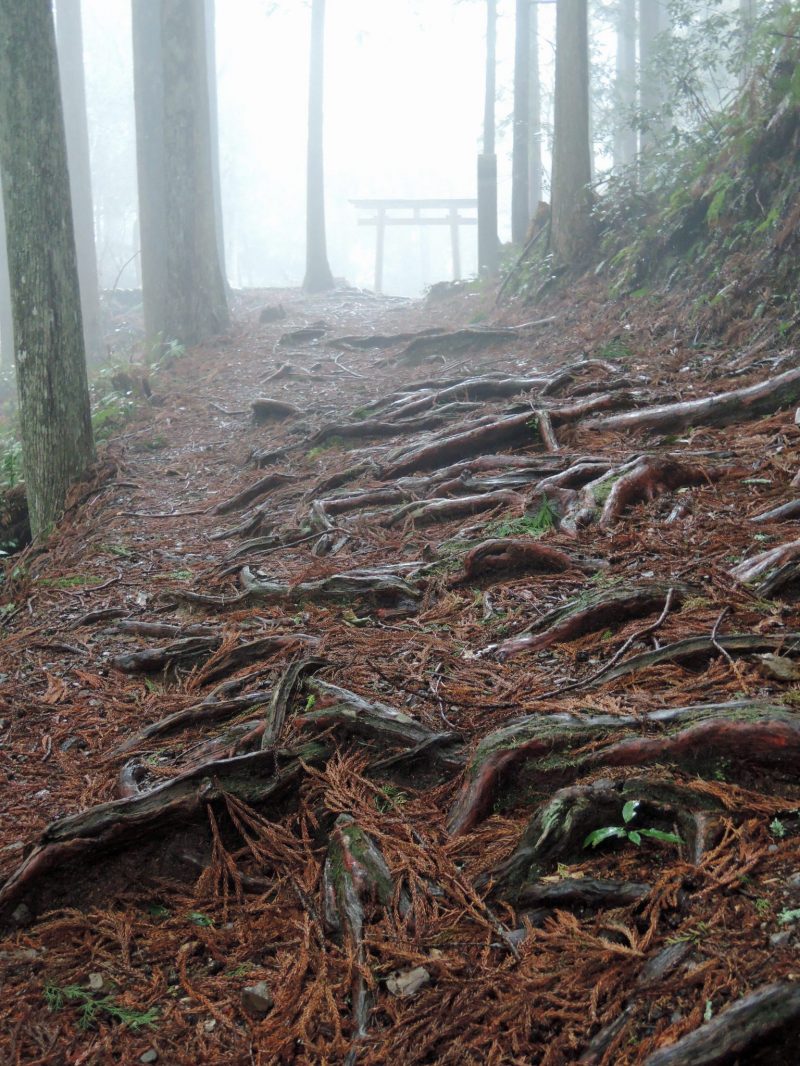 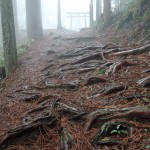 Kumano has been considered a sacred area since prehistoric times. Shinto, the native religion of Japan, started during prehistoric times as nature worship. And it was during this time when the sacred sites of Kumano were first created. When Buddhism was introduced into Japan in the 6th century, Shinto and Buddhism merged together. It was during this time when the belief that Kumano as a Buddhist Pure Land became prevalent (in the 9th and 10th centuries), the sacred sites as we know them today were formed.

During the height of the Imperial Court in Kyoto in the 11th century, the first pilgrimage to Kumano by an emperor took place. During the 11th to 13th centuries, pilgrimages to Kumano by the Imperial Family became commonplace. Shrines, accommodations, teahouses and other infrastructure facilities to support the pilgrimage groups began to appear during this period. Organizations to support the pilgrimage groups also began to appear during this period. 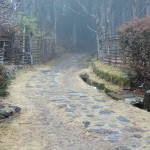 Rise of the Samurai

The end of the 12th century saw the creation of the Shogunate government in Kamakura. With the rise of the Samurai and the decline of Imperial control, the visits to Kumano by the Imperial family began to decline. But the pilgrimages by Kyoto court aristocrats and Samurai began. In the 14th to 16th centuries, the Samurai government moved to Kyoto and the control of Japan by the Imperial Family declined even further. The feudal lords increased their financial support of Kumano’s sacred sites during this time.

Increase in Pilgrims from the General Populace

At the beginning of the 17th century, the Tokugawa Shogunate was created in Edo (present day Tokyo). The Shogunate stimulated economic growth, eased the monetary system and created a highway infrastructure around Japan to support these ambitions. With the economic growth, came an increase in the number of urban artisans and merchants with more money and an interest in seeing other places. The period of the Tokugawa shogunate (1603 to 1868) was a very peaceful time in Japan. Because of this, these people of wealth also had the time to pursue other pastimes. Using the improved highway system, more people began traveling. One of the more popular destinations became the Kumano area, and the general public replaced the Samurai as the most common group to make the pilgrimage. 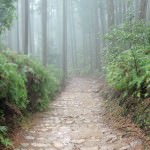 In the late 19th century, the Meiji imperial government replaced the Tokugawa Shogunate, marking an end to the feudal system. The primary goal of the new Meiji government was to modernize Japan. All things old were considered obsolete, and visits to the Kumano area began to drop. 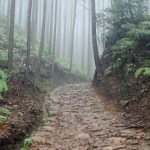 The 1990s saw an increase in people walking the pilgrimage trails. And in 2004, with the registration of the area as a UNESCO World Heritage site, the number of visitors increased drastically. The sacred mountains of Kumano are once again being rediscovered by contemporary Japanese looking for their spiritual roots and the traditional countryside lifestyle that has been lost in modern Japanese cities.