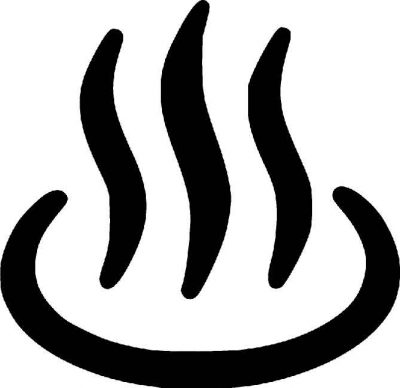 As with many words in Japanese, the word “onsen” (温泉) has different meanings. The two main meanings are either a hot spring, or a group of traditional inns and hotels that have been developed around a hot spring. For the purpose of this blog, we will use the latter meaning.

Since it is a geothermally-active country, Japan has thousands of onsen scattered throughout the country. There are many different types and sizes. They range from remote single-bath facilities to mega-reosrt complexes with many multi-story hotels surrounded by numerous souvienir shops and pachinko parlors. Today, most traditional inns and hotels are self-contained with everything guests will need during their stay, so guests don’t need to leave the facility. But many onsen also have public baths at different locations around the onsen that can be used by anyone. These public baths will always have a small entry fee, and will sometimes offer free entry for people staying locally. At onsen with popular public baths, you will often see people walking around in their yukata (cotton kimono).

An onsen (温泉), is often indicated by the symbol ♨ or the kanji 湯 (yu, meaning “hot water”). Sometimes the simpler hiragana character ゆ(yu), understandable to younger children is used. Individual baths also come in many types. Initially, baths were outdoors (露天風呂 rotenburo). But today, most hotels will include both indoor and outdoor baths, often with multiple baths, each having different mineral water and/or water temperature. Different minerals provide different health benefits, and all hot springs have a relaxing effect on both body and mind. The majority of baths today are gender-separated, but in some of the more remote onsen mixed gender baths can still be found. All baths are used with no clothing.

Why Stay at an Onsen?

While the baths are the main reason the Japanese enjoy visiting onsen, the lure does not begin and end with the baths. Onsen hotels will also provide their guests with the famous Japanese service (おもてなしomotenashi) and hospitality. And if that isn’t enough, the hotels will also serve the best of the local food specialties to their guests. So, if relaxing in hot mineral water, and enjoying the best in service and food does not appeal to you, we recommend you not stay at an onsen. (Just kidding!) Staying at an onsen is a very Japanese experience, and we highly recommend it at least once. Whenever the Japanese (and myself) have a couple of days off, they will typically look for an onsen to visit. Since there are so many, it is impossible to visit all of them in a single lifetime (although I am doing my best to do just that).

Here are a few of my favorite onsen around Japan. We are currently working on several onsen tours, and we will be keeping everyone up-to-date on the progress of these new tours. And almost all of our regular escorted tours and self-guided packages include at least one night at an onsen.

Noboribetsu Onsen – It is said Noboribetsu onsen produces more mineral water than any other onsen in Japan.

Kinosaki Onsen – Each hotel has their own baths, but there are also seven public baths situated all over the onsen. As a result, you will always see people in yukata walking to the different baths.

Dogo Onsen – It is thought to be one of the oldest onsen in Japan.

Yufuin Onsen – The central area of the onsen has numerous shops, cafes and restaurants.

Part 2 of the Onsen series – How to take a bath like a local will be published soon.