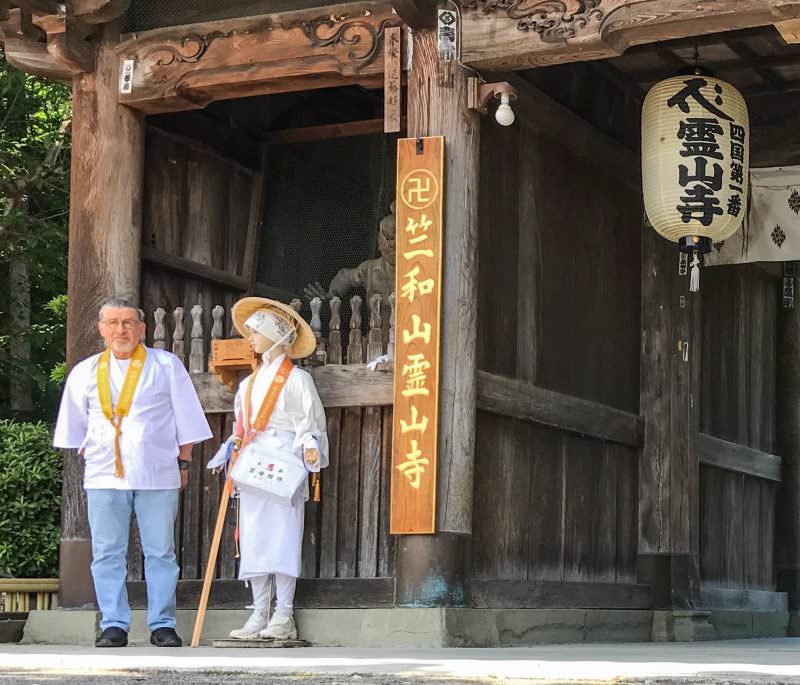 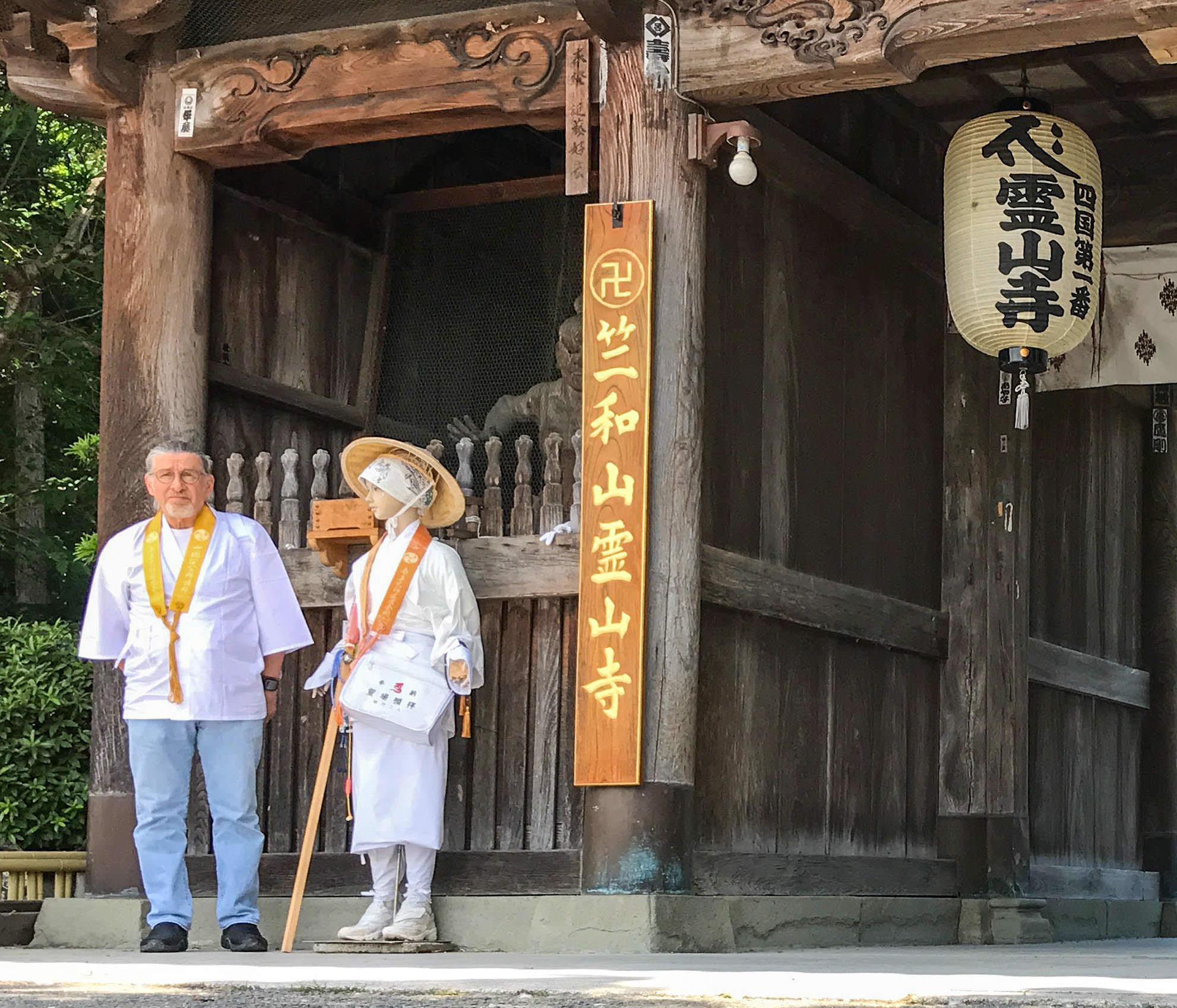 The Shikoku Pilgrimage is a multi-site pilgrimage of 88 temples associated with the Buddhist monk Kukai (Kobo Daishi) on the island of Shikoku. Large numbers of pilgrims (known as henro in Japanese) still undertake the journey for a variety of reasons (if you ask 100 people why they are doing it, you would get 100 different reasons). The pilgrimage is traditionally done on foot, but modern pilgrims use cars, taxis, buses, bicycles, motorcycles, public transportation or a combination of all these. The standard walking course is approximately 1,200 kilometers (750 miles) and can take anywhere from 6 to 8 weeks to complete.

It is believed that the founder of Shingon Buddhism, Kobo Daishi, (774 to 835) either trained or spent time at some of these temples. Thus, he plays a significant role in this pilgrimage. Although there are references to people making this pilgrimage from around the 12th century, it did not become popular until the first guidebooks were published in the 17th century. Since the Edo Period was a time of peace and prosperity, most people in Japan at that time had the time and money to travel. As a result, the popularity of the pilgrimage remained high until World War 2.

After the war, most people once again did not have the time or the means to make the pilgrimage, and interest in the pilgrimage decreased. In the 1950’s, a tour bus company in Ehime Prefecture introduced the new concept of performing the pilgrimage by chartered bus which became popular overnight. And today, the vast majority of the 300,000 people per year who complete the pilgrimage do so by tour bus, and the number of people walking the pilgrimage is relatively small.

Differences from Other Pilgrimages

The immediate difference that is immediately obvious is the length of the pilgrimage. I am not aware of any other pilgrimages in the world of this length. But if you look at a map of the pilgrimage, you will see another difference. The Shikoku Pilgrimage is a circular route around the island of Shikoku. Most pilgrimages have a distinct begin and end point, and after reaching the journeys end and after a celebration of worship the pilgrim returns home.

But the Shikoku Pilgrimage is a circle with no beginning and no end. It is not important where one begins. But what is important is that one go all the way around and return to one’s starting point. One must close the circle.

There are no rules how to do the pilgrimage. It can be started at any point, and it is not necessary to complete the pilgrimage at one time. Because of the length of the pilgrimage, most people don’t have the time to do this at one time (including me). So it is very common for people to keep going back many times before completing the pilgrimage, as I will be doing.

So I hope you will follow my future blogs and photos as I make my way around the island of Shikoku.