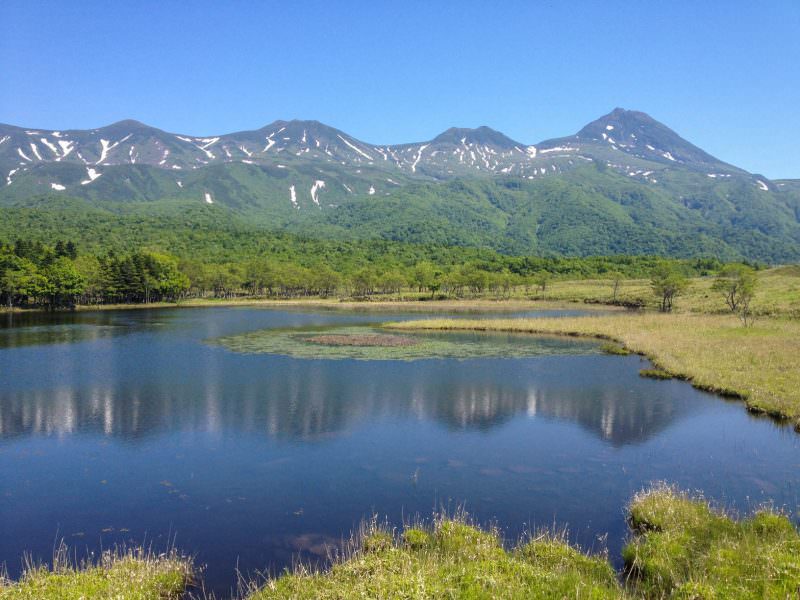 Shinkansen efficiently transporting thousands of people every day. Concrete jungles with huge neon signs turning night into day. These are the things that immediately come to most people’s mind when thinking about Japan. However, Japan does have a natural side. Shiretoko National Park is one of those places. Shiretoko was made a UNESCO World Heritage Site in 2005, and is one of my favorite places to see nature in Japan.

Shiretoko National Park lies along a peninsula that juts into the Ohostk Sea along the northeastern coast of Hokkaido. The Shiretoko Peninsula is one of the true remaining wilderness areas in Japan. A mountain range consisting of extinct volcanos runs along the center of the peninsula. The name originates from an Ainu phrase “sir etok”, which means end of the world. Because there are few roads, most of the peninsula is accessible only by boat or by multi-day treks by foot. There are two entry points: Utoro Onsen on the west and Rausu on the east. 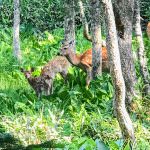 Shiretoko is home to a large wildlife population, including deer and fox. the And Shiretoko is famous in Japan as having the highest bear population anywhere in Japan. The bear on Hokkaido are brown bears. These bears are larger than the black bears found on the main island of Honshu. Stellar Sea Eagles, Spotted Seals and Killer Whales can be found in the ocean surrounding the peninsula.

The Shiretoko peninsula is heavily forested. Birch, fir and oak are found at the lower elevations, and Siberian Pine is found at the higher elevations. These pine trees are essentially bushes, and areas where these trees grow are very difficult to pass through because of the dense growth of these trees. Sasa, a small cousin of bamboo, can be found everywhere in Shiretoko, just as it can be found everywhere in the mountains of Japan.

There are numerous multi-day treks along the peninsula. But if you don’t have the time or the energy to do that, there are other options. The best place to go is the Shiretoko Goko area. (Goko means 5 lakes in English.) This area can hardly be considered wilderness (a number of tour buses visit here every day), but the areas where the crowds from the buses go can easily be avoided.

There is a 3 kilometer trail that winds around the five lakes, but access to the trail is tightly regulated depending on the time of the year. From the time the park opens until May 9, and from October 21 to the time the park closes, there are no restrictions. From August 1 to October 20, you must first watch a video before being allowed to enter the lake area. And from May 10 to July 31, you must join a nature guide to enter the lake area. From January through March, there are snowshoe tours led by nature guides.