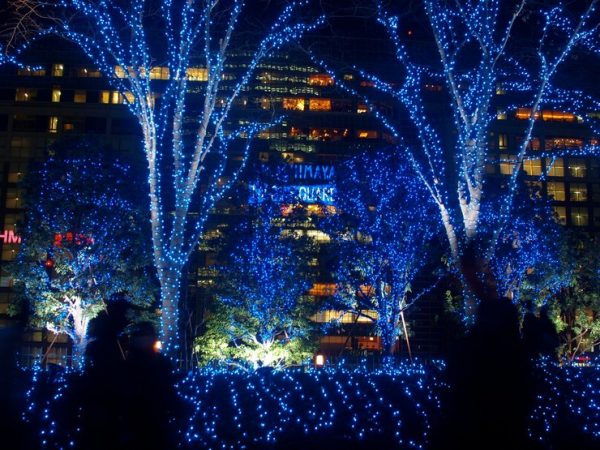 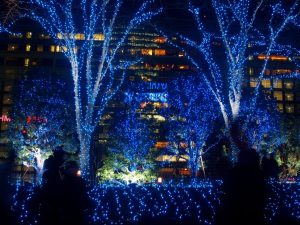 Winter illuminations around Christmas and New Year have become extremely popular in cities across Japan. Illuminations are usually displayed between November and December, but some run longer, starting as early as October and running until Valentine’s Day or even into spring. Below are some of Japan’s crowd-pleasing seasonal illumination spots:

(Pictures are from previous years) 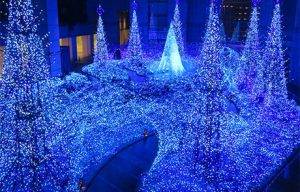 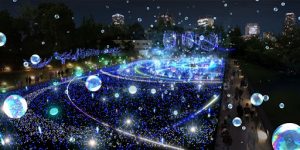 Tokyo Midtown‘s “Midtown Christmas” involves multiple illumination areas around the Midtown complex. The “Starlight Garden” is a particularly popular and attractive display located in the park behind the main tower. 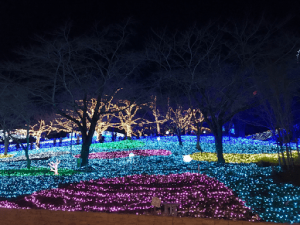 The Sagamiko Illumillion in Lake Sagami Resort Pleasure Forest is one of the largest seasonal illuminations in the Kanto Region. Visitors to the illumination event can see about six million LED lights covering the hillsides in color, an animated light show and dancing water fountain set to music, light tunnels, a chair lift up the hillside and amusement park rides including a Ferris wheel. 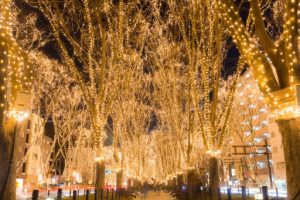 This illumination event in Sendai is located along Jozenji-dori Street with about 160 keyaki (zelkova) trees, which are decorated with over half a million LED lights that cover the area. Other attractions include a small ice skating rink, a large Christmas tree and a light tunnel over at Kotodai Park. 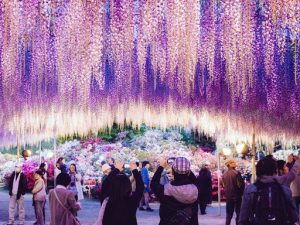 The Ashikaga Flower Fantasy in Ashikaga Flower Park is one of the Kanto Region‘s top three largest seasonal illumination events with over five million LED lights covering most of the park. Attractions include hanging lights that are meant to resemble seasonal flowers and music-synchronized light shows. 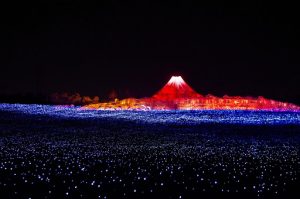 Access: 30 minutes by bus and train from central Nagoya

With millions of LED lights illuminating the flower park, Nabana no Sato is one of the largest illumination events in Japan. There are various attractions including a huge field transformed into a sea of lights below an animated light show, light tunnels and an observation deck that lifts visitors high above the park where they can get a bird’s eye view of the lights. 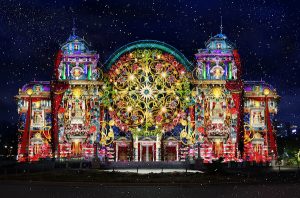 Nakanoshima Island hosts the Osaka Hikari Renaissance illumination event, stretching from Osaka City Hall to the eastern tip of Nakanoshima Park. Several of the historic buildings on the island are lit up with creative displays, and the light tunnels, art installations and food vendors around create a festive atmosphere. 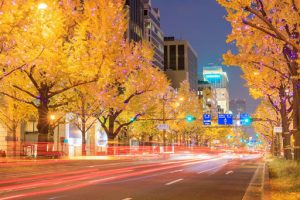 Access: many stations along Midosuji Street, incl. Yodoyabashi and Shinsaibashi

The Midosuji Illumination stretches almost the entire length of the three-kilometer long Midosuji Street through central Osaka, making it one of the world’s longest illuminated streets. Hundreds of ginkgo trees as well as several shops and historic buildings that line the street are decked out in colorful lights and decorations.

Find a tour where you can visit these beautiful attractions in person on our Tour Schedule!