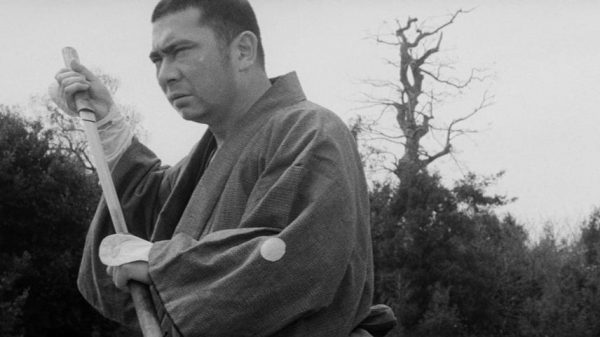 I am writing again about one of my favorite subjects: Japanese movies. One of my favorite Japanese movie series is Zatoichi, The Blind Swordsman. A total of 26 movies were made between 1962 and 1989, and 105 television shows were made between 1974 to 1979 making it the longest-running action series in Japanese history. Oddly enough, all of the movies and television shows feature the same person playing the main role. Shintaro Katsu, the son of a Kabuki actor, was an actor, singer, producer, director and shamisen player who appeared in more than 110 movies, but became synonymous with his role of Zatoichi.

The Zatoichi movies are formula movies in the same fashion as Bond movies and Law and Order television shows. Each movie has a similar storyline and plot. Zatoichi, a traveling blind masseur and sentimental drifter is a man who lives staunchly by a code of honor and delivers justice everywhere he goes during the late Edo Period (1830s and 1840s). He meets old friends or makes new friends who are forced to suffer some kind of harm or injustice by oppressive and/or warring yakuza gangs. In the meantime, Zatoichi, through no fault of his own stumbles into harm’s way. Eventually, Zatoichi overcomes his own problems, and comes to the aid of the unfortunate and innocents. (The Japanese love a good revenge story.) And, after every sword fight, there is the signature way Zatoichi slowly sheaths his cane sword.

Because of his blindness, his other senses are more finely attuned. His keen ears, sense of smell, sensory perception and his wits in a fight, combined with his incredible lightning-fast sword skills make him a formidable adversary. In addition to his sword skills, he also has a fondness for gambling on dice games where, once again, his other senses make up for his inability to see. He wins large amounts of money by his ability to identify whether the dice have fallen on even or odd, and the ability to identify loaded or substituted dice by the difference in their sound.

A number of sequels have been released since the last Zatoichi was released. There was even one that was about Zatoichi’s daughter. Recently (2003) a remake was released with Takeshi “Beat” Kitano playing the leading role of Zatoichi (he also directed the movie). Kitano did an excellent job creating the movie, and his portrayal of Zatoichi was spot on. It won a number of Japanese Academy Awards as well as a Silver Lion Award at the Cannes Film Festival.