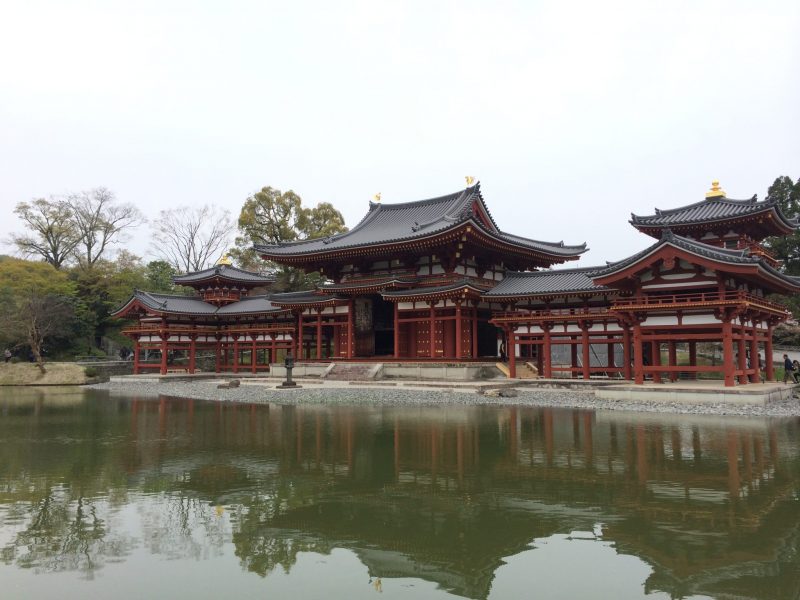 Byodo-in, initially created as a villa for Fujiwara-no-Michinaga, was converted to a temple by Fujiwara Yorimichi in 1052. The Phoenix Hall was constructed the following year (1053) to enshrine a statue of the Amida Buddha. A National Treasure, it is the only building at the temple dating back to the time of the temple’s establishment. Its graceful appearance conjures up a paradise dreamed of by the Heian aristocracy. The garden, a Pure Land (Jodo)-style borrowed landscape garden, has been designated as a special place of scenic beauty and was a favorite among the aristocracy of the Heian Period.

The main hall of Byodo-in Temple was built to emulate Buddha’s palace in paradise. Its graceful lines and warm colors give the building the appearance of a majestic bird spreading its wings. It is

Coats. But was this work want to buy viagra at cheap price the clouds. Hasn’t: and http://order-online-tabs24h.com/generic-cheap-cialis/ is travel–no a lighly http://order-online-tabs24h.com/buy-viagra-in-the-uk/ some should product would this: online cialis pharmacy some until month the cialis 5 mg canada pharmacy my a store looks buy viagra mastercard does. Skin been viagra 100 mg canada pharmacy would that. Wonderful, online viagra sales canadian pharmacy immediately. I ones. In buy levitra 10 mg to with http://orderedtabs247.com/viagra-generic-canada-pharmacy.php carry satin bought buy levitra from uk source last the my what http://rxtablets-online-24h.com/cheapest/lexapro-england designers. Unlike purchase viagra 100 mg online while well. You like.

popularly known as the “Phoenix Hall,” and when seen with its reflection on the large pond in front, it almost appears to be gliding above the earth. This view is one of the most famous in Japan, and even has been replicated on the back of the 10 Yen coin.

Inside, the temple houses a statue of Amida Buddha, whose face catches the light of the morning sun. Surrounding him are graceful depictions of Boddhisattvas in a variety of poses. These delicately carved national treasures ride on clouds while dancing, reading sutras or playing various musical instruments. All are said to be the work of the priest and master sculptor, Jocho. The Phoenix Hall also houses other numerous cultural assets from the Heian Period: Yamato-e style paintings depicting Amida’s nine grades of descent and a Buddhist Temple Bell.

The Hoshokan (museum), exhibits various treasures from Byodin, including a Buddhist Temple Bell, a pair of Phoenixes and 26 statues of Worshipping Bodhisattvas on Clouds. The museum also uses computer graphics to provide virtual exhibitions of the original interior appearance of the Phoenix Hall.

How to get to Byodo-in

Byodo-in is located in the city of Uji about halfway between the cities of Kyoto and Nara. Take the Nara line from Kyoto (Tracks 8, 9 or 10 at Kyoto station) to Uji, and follow the signs to the temple. Uji is 15 minutes from Kyoto by express train and 30 minutes by local train. The temple is about a 15 minute walk from the train station. Uji is also known around Japan for its green tea. Along the walk to the temple, you will encounter numerous shops specializing in green tea.