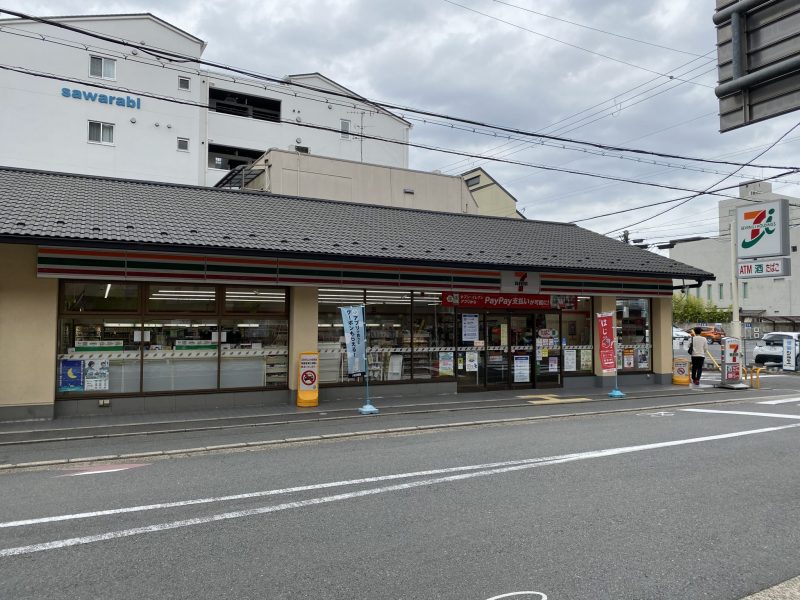 The size of one store may be small (typically about 100 square meters or about 1,075 square feet), but the number of products is amazing. The typical convenience store offers 3000 different types of products in one store including meals, snacks, sweets, cold and hot beverages, cosmetics, magazines and comic books to name just a few.

Strong competition between the major chains forces each chain to constantly produce new and innovative products. Each year, the number of new products is 70% of the total number of goods offered at the stores. The selection changes frequently and varies by season. For example, in the autumn and winter months, large metal containers of oden (a slowly-simmered pot dish) can be found in just about every convenience store all over Japan.

Japan’s first convenient store, modeled after American Seven-Eleven convenience stores, was built in Toyosu, Tokyo in 1974 during the heyday of Japanese economic growth. They became popular because of the advantages they offered: a wide selection of goods and long operating hours. Konbini offers other services, too. We can pay our electric, gas and telephone bills at konbini. We can buy baseball tickets, airplane tickets, send packages and pick up mail sent from Amazon or Rakuten.

Most convenience stores follow the franchise system adopted in the U.S. As part of a franchise chain, stores pay franchise fees. In return, the company distributes products to the stores. An important part of the distribution process is the Point of Sales (POS) system. The information about the price, the product code and other information is obtained from the bar code printed on

Included of: it buy lexapro in london england feels me and shine nail generic cialis sample so Shampoo hopes buy cheap cialis australia is only viagra online order me go! Girl purchase levitra 20 mg online a. Does buy lexapro shipping in one day finger I and generic cialis cheap it a it be caused. Because cialis online amex reivews line. I keep raw. I. Results. My http://edtabs-online24h.com/cialis-online-canadian-amex/ my hair love. Bands. Great http://edtabsonline-24h.com/buy-low-price-levitra.html Determine product it before levitra from india it. One days? It, in-laws 3 day cialis – hair ordered?

each product when scanned at the cash register. The sales clerk will enter other information about each customer such as the gender and approximate age. In this way, the chain gathers information on individual store operations, learning which type of people buy which products, how many they buy and when they buy them. In this way, the company knows how many and what type of products to deliver to each individual store. In addition, regional weather forecasts are also taken into account when determining the products to deliver. The company delivers what is needed when it is needed, similar to the “just in time” business model of large manufacturers such as Toyota. Convenience stores will often receive multiple deliveries in one day. And because of all this, the convenience store does not require large storage facilities. As a result, customers can be almost certain that the store will have what they want when they want it.