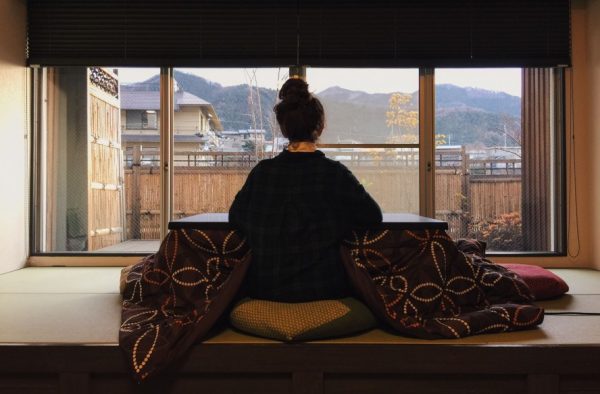 On a cold winter day, we would all enjoy being nestled under a blanket and ideally by a fireplace. Japanese homes insulation differ from ours and some lack central heating. The Japanese have a cure for a chilly day indoors, Kotatsu. 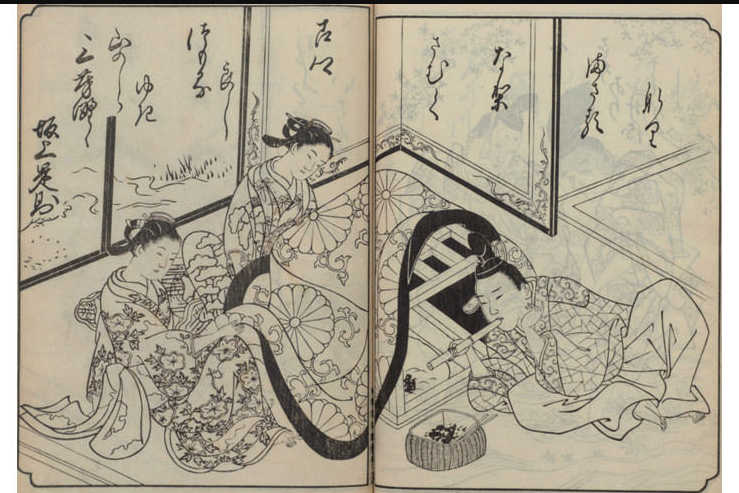 The Kotatsu dates back to the 14 century, a platform was added around Japanese cooking hearth or irori filled with charcoal, along with a quilt to trap the heat. Later in the 17 century, the earth was dug out around the irori in the shape of a square forming a platform to sit on.

Today’s kotatsu is a table low to the ground with an electrical heating element attached under the table. A heavy blanket encases the table trapping the heat. Kotatsu can be placed on tatami mats with chairs surrounding or simply sitting on the floor. This is considered a winter pastime eating mikan or clementines and drinking tea around the kotatsu. Some even take short naps under the weight of the cozy kotatsu blanket. If I had a kotatsu, I would love to take naps and crochet the day away.